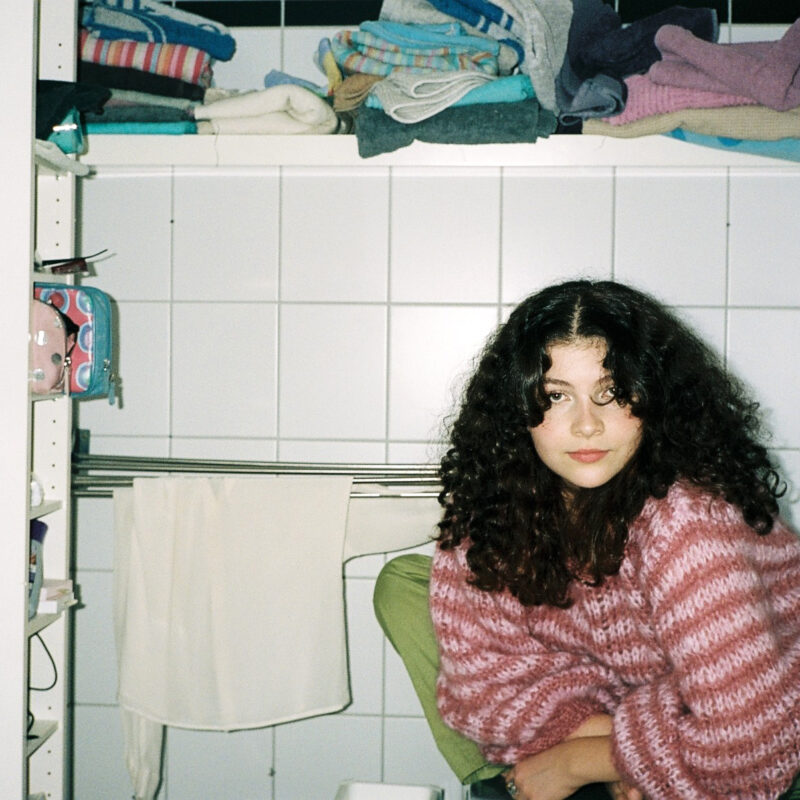 Get your tickets now!

Listen to the BOY BOREDOM EP!

Growing up in an artist home in Munich, the 20 year old, half British singer songwriter Cosma Joy was always surrounded by her mothers art and poetry, her sisters storytelling and her fathers photography.
Since both of her parents are singers, Cosma would spend many evenings of her childhood at jam sessions. As a girl, she would sing and play the cello as well as the piano, showing her remarkable sense of harmony and timing early on.

Later, she picked up playing guitar and began writing her first songs, developing an individual sound somewhere between Folk, Jazz and Pop, paired with deeply intimate and moving lyrics. In her songs, Cosma tells stories of loneliness, growing up and letting go, family, friendship and her experience as a woman in our society.

„To me, writing is therapy. To put things into words, is to understand them. To make them into lyrics and music is to let yourself feel them. And sometimes, music is a kind of reclaiming of power, to be the sole narrater of your experience, untouchable in your vulnerability.“
At sixteen, it had been clear to Cosma for a while, that she wanted to pursue a career in music, so she finished school early. „I grew up around women who were loud, ambitious and not afraid to take up space. My sister and I were raised by our single mother, to be women who take their dreams seriously.“
At seventeen, Cosma released her first EP „Baby I’m A Dreamer“, as well as her feminist video project „At Seventeen – A Janis Ian Cover“. The same year, Cosma played support for several artists, among them Tom Odell and Tom Walker, and performed at the Puls Festival with the Münchner Rundfunk Orchester. Following were several support tours and performances, including TED X TUM and the Montreux Jazz Festival 2021.
Cosma Joys Debut EP „ Boy Boredom“ is coming out in the spring of 2022. The release will be made up of 5 singles, songs Cosma wrote over the past couple of years, giving listeners a look into her experiences, thoughts and desires. The EP plays with different genres; Neo soul, Soft Rock and jazzy Indie come together and tell Cosma’s musical past and future- the music her parents used to play, the music that colored her teenage years and the music she loves now.
The Tracks were produced by Willy Löster and Cosma Joy and arranged by Cosma and her Band, Matilda Pfeiffer (Bass) and Maria Moling (Drums). Each single will come out with a music video, her sister and creative partner Masha Mollenhauer directed and conceptualized.

„Music is like healing magic. I can transform anything, any memory, be it beautiful or painful, into something that will bring me joy and hopefully be of some comfort to whoever is listening. I just want to make the most meaningful music I can, whatever that might look like.“